Sunday’s front pages are dominated by surging Covid-19 cases, and US President Joe Biden has said Russian President Vladimir Putin “cannot stay in power” amid the war in Ukraine.

The Sunday Times reports that Ireland’s Covid curbs are the ‘second softest in the world’. The White House’s response to Mr Biden’s speech, saying the president was not calling for regime change in Russia, is also making headlines. 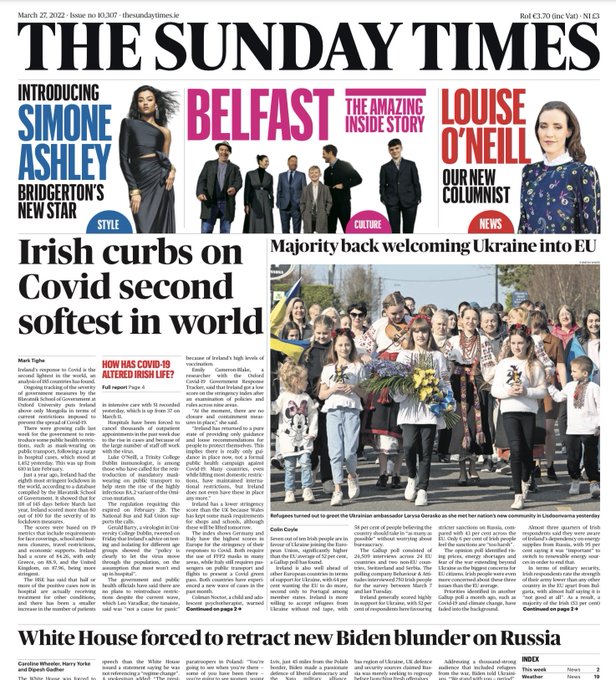 The Sunday Independent leads with a story about reported clashes between Health Minister Stephen Donnelly and outgoing Chief Medical Officer Dr Tony Holohan. The Independent reports that the pair are at odds over the composition of the new advisory group that will replace the National Public Health Emergency Team (Nphet). 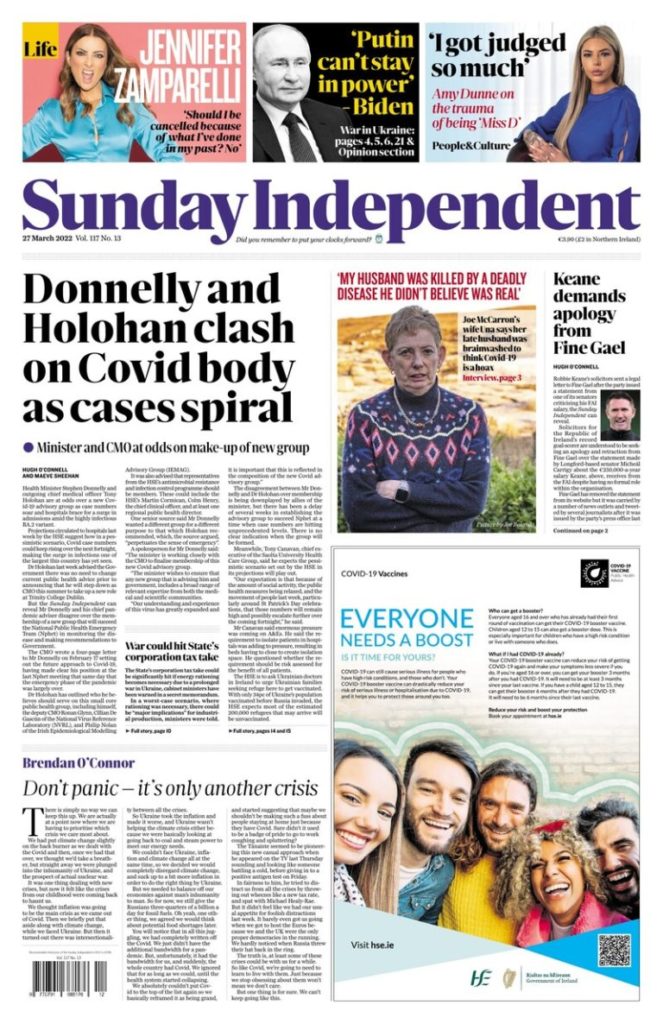 the Irish Sunday Mail and the Irish sunshine on Sunday both lead with the knife attack in Carrigaline, Co Cork. The victims were named as locally named father Patrick Murphy (75), known locally as Weeshie, and son Shane (27), who died following the attack. 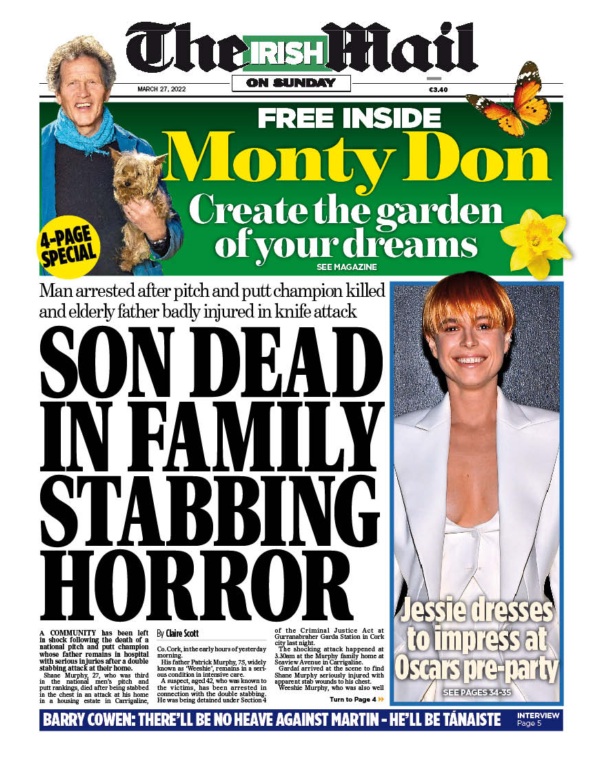 Britain’s newspapers are headed by Britain’s Prince William, acknowledging that the monarchy’s reign in the Caribbean may be coming to an end.

The Sunday Mail and sunday mirror bring William’s statement to the climax of the Duke and Duchess of Cambridge’s Caribbean tour, with the future king saying the fate of the monarchy in the region “is up to the people to decide”.

Meanwhile, The Observer and The Sunday Telegraph leading with US President Joe Biden claiming that the “butcher” Vladimir Putin “cannot stay in power”.

The front page of tomorrow pic.twitter.com/UilKdzrFSI

“For the love of God, this man can’t stay in power”#TomorrowsPapersToday

The Sunday Times reports that an inquest is set to reveal 300 babies have died or suffered brain damage due to “avoidable errors in care” at Shrewsbury and Telford Hospital NHS Trust.

Tory MPs have warned Chancellor Rishi Sunak must do more to tackle the cost of living crisis after a poll found 63 per cent of voters did not think his spring declaration measures went far enough, according to the Sunday Express.

Sunday EXPRESS: ‘Resolve the cost of living crisis or you will lose the election’ #TomorrowsPapersToday pic.twitter.com/UXVn3CJmTh

And the Sunday of the Daily Stars says naturists are planning to celebrate the Queen’s Jubilee with a naked booze cruise on the Thames.

Pages from the past

“Africa is on the front line but not on the front page”: Vanessa Nakate on her fight for the climate | Climate crisis